Ash Wednesday is approaching, and with it the beginning of the season of Lent.  This is a homily I delivered at our church a few years back.  The Lord brought it to mind for you in the approach of this beautifully difficult season of Lent that I hope you engage with the whole of your being.

Indeed, I count everything as loss because of the surpassing worth of knowing Christ Jesus my Lord. For his sake I have suffered the loss of all things and count them as rubbish, in order that I may gain Christ and be found in him, not having a righteousness of my own that comes from the law, but that which comes through faith in Christ, the righteousness from God that depends on faith—that I may know him and the power of his resurrection, and may share his sufferings, becoming like him in his death, that by any means possible I may attain the resurrection from the dead. – Philippians 3.8-11

We’ve all heard it said before: it is one thing to know about God and another thing altogether to actually know Him. In the language of the New Testament there are two words for know. The first word is “oida,” which means to know something from a factual perspective. The other word in the New Testament for knows is “ginosko.” This particular word means connotes knowledge by experience, and it is the word used in Philippians 3.10, “that I may know Him”…that I may experience Him.

No Christian is going to say they are without desire to know Christ. In fact, I’d wager that if I were to ask, “How many of you Christians really want to know Christ?” the response would be a resounding one of affirming unity around this virtue. And we would thereby betray a woeful ignorance of what it means to know Christ.

American Christians are very excited about the end and terrified of the means. And make no mistake about it; this is an American church condition…maybe North American. Most of the rest of the world’s history is deeply acquainted with suffering, even recently. For centuries and millennia, Europe has ravaged itself with war, exacting suffering and pain all the time upon the general population of its residents – Christian and non-Christian — often in the name of the cross. Europe is a land and a people who have hosted the most concentrated theatres of the two greatest wars in all of history; two wars that are not yet one hundred years old. Middle Eastern and North African history consists mostly of oppressive regimes and deep poverty, the rich preying upon the poor and deep persecution of the Church since the seventh century. African history is one of factions and tribal warfare in the midst of animistic fears and superstitions. Bring into this a history of poorly stewarded European colonialism, American and European slave trade, perpetual state war, an AIDS epidemic, child soldiers, South African apartheid and random acts of brutal genocide in places like Rwanda, Sudan and Congo and you see a people deeply acquainted with suffering. Latin and South America find themselves with horrific struggle against drug cartels and political corruption as well as the results of Spanish and Portuguese colonialism – also poorly stewarded – resulting in epidemics of deep poverty and social inequality of a broad magnitude. Between Russia and China, the oppressive rule of Communism has beaten down and held people in Asia and Eastern Europe in bondage and fear for centuries. This oppression has deeply affected the other areas of southern Asia resulting in even recent humanitarian crises such as the Taliban in Afghanistan, the Khmer Rouge in Cambodia, a divided and persecuted Korea, dictatorial Laos, social injustice and even destruction in Burma, Communistic oppression in Nepal and Bangladesh, and the horrifically unjust caste system of India.

In my mind and opinion, Americans alone (and possibly Australia though I know little about that country) feel the right to not suffer. Our last thought is to embrace suffering, our first thought is often to throw our entire theology into the air because we are experiencing even a small dose of heartache and pain.   An economic recession, higher interest rates, or elevated gasoline prices cause us pain and the thought of ever losing our tax-exempt status as churches is enough to cause persecutory weeping and wailing at any pastor’s conference. Turn these superficial things into an experience of deeply personal suffering and a typical American – even the American Christian — will tend to ask questions that are birthed from a spirit of entitlement and superiority, often bordering on questioning the character of God or worse yet, accusing Him of unrighteousness or unfairness in light of the suffering being experienced.

Don’t get me wrong; I don’t think God is a sadistic maniac out to hurt people in order to keep them humble or in their place. Nor do I think that all Christians are big, whiny babies just waiting for an opportunity to point their finger at God. But I do see this as an over-riding, sub-cultural American Christian response to suffering and pain.

The American individual’s “right” to a pursuit of life, liberty and happiness is an American state-mandated value, not a God-given calling by any means. We have made the Bill of Rights the tenth fruit of the Spirit, and it has been to our great detriment.

The God-given calling that conflicts with our deeply held right to happiness is the call to know Christ. And that knowledge comes through suffering. Jesus said it clearly: “They hated me. They will hate you.” Peter states it boldly: “Do not be surprised at the trial that comes upon you as though something strange was happening to you.” James adds: “Be joyful when you fall into various trials and suffering.” And Paul says it clearly here in Philippians 3: “You want to know Christ? Suffer like He suffered.”

So the question arises…how and what did Jesus suffer?

Jesus suffered physically, this is the most obvious form of suffering. When you embrace physical suffering, you are sharing the fellowship of Christ’s suffering.

Jesus suffered loneliness. And not just on the cross. Very few people understood Jesus, and no on understood him all the time. This leaves a person feeling alone.

Jesus suffered rejection. He came to His own people, the ones who had been begging for His arrival for centuries, and they rejected Him.

Jesus suffered discomfort and poverty. The Son of Man had no home and nowhere to lay His head. He relied and was dependent upon the hospitality and generosity of others to live.

Jesus suffered the loss of His dream. His dream was to seek and save that which was lost, to redeem the nation of Israel and rule as their King. This was not to be.

Jesus suffered the loss of His life. He suffered these things because He spent His life fully on the will of His Father. In fact, the prophets tell us that it God arranged for and orchestrated the suffering of His Son.

These things are just an introduction to the sufferings of Jesus.

And it goes further. The whole point to suffering like Christ suffered is to die like Christ died. In verse 11, Paul says that his desire to become like Christ in His death. That is why to live is Christ and to die is gain.

But we say, why must I suffer and die to begin with? Wouldn’t a good loving God want me to be perpetually happy? Surely a God who is merciful and gracious would eradicate suffering from this world.

And that is precisely the problem. We tell God who He is to be. Thus, we become god.

We are so tuned to the frequency of an old life of flesh and self-centered, self-defined love that our hearts cannot even desire new life in Christ because we are so happy with a posh, comfortable American Christian life with Jesus tacked on to it in places where He is most convenient to us. As C.S. Lewis said, “We are much too easily satisfied.” This is what Jesus meant when He said that it is easier for a camel to go through the eye of a needle than for a rich man to enter the Kingdom of God. Our godless “right” to life, liberty and pursuit of personal, individual happiness has anesthetized us to the rotten disease of a life void of suffering like Christ suffered. Without suffering we cannot know Christ, without death we cannot become like Christ and we run from those two things harder and faster than anything else.

Paul calls us to experientially identify with Christ in the fellowship of His suffering. Literally, sitting down to a dinner with Jesus where the appetizer, main course and dessert are large helpings of pain. And then Paul calls us to full identity with Christ by rising from the table, our bellies filled with pain, taking up our cross and willfully laying down upon it in a continual and sweeping death to self.

Our church was planted in the city for the city and our city is filled with people who suffer without Christ. They suffer and die and there is no resurrection, no new life. There is hell eternally and for many of them, it is simply a transfer of hell on earth for spiritual hell of eternal separation.

As a pastor, I hear many excuses as to why the people in the church can’t engage our city, or even engage their neighbors. Many Christians in the church today have fewer than two friends who don’t know Jesus. We say things like:

That was for a different season of my life.
With work and the kids’ school and practice schedules, we’re just too busy.
I can’t get out of balance.
The church has wounded me before.

All these statemtents miss the point.

The bottom line is, many people don’t engage their neighborhood, city or world is because it will be too painful for them. It calls them to suffering and sacrifice and they think their minds and hearts can’t handle it. Or they can’t (won’t) make the life changes necessary in order to be an agent of new life in the name of Christ. As Americans, suffering is slow to find us; therefore, on many levels and in many ways, we must sacrifice willingly. God is speaking…He is talking to you through His Word and His Body. My question today is, will you suffer? Will you sacrifice? Will you embrace some level of pain in order to possess life like you’ve never known?

You might be asking, what does serving people in my city or region have to do with me becoming like Christ in His suffering and death?

My answer: it has everything to do with it. 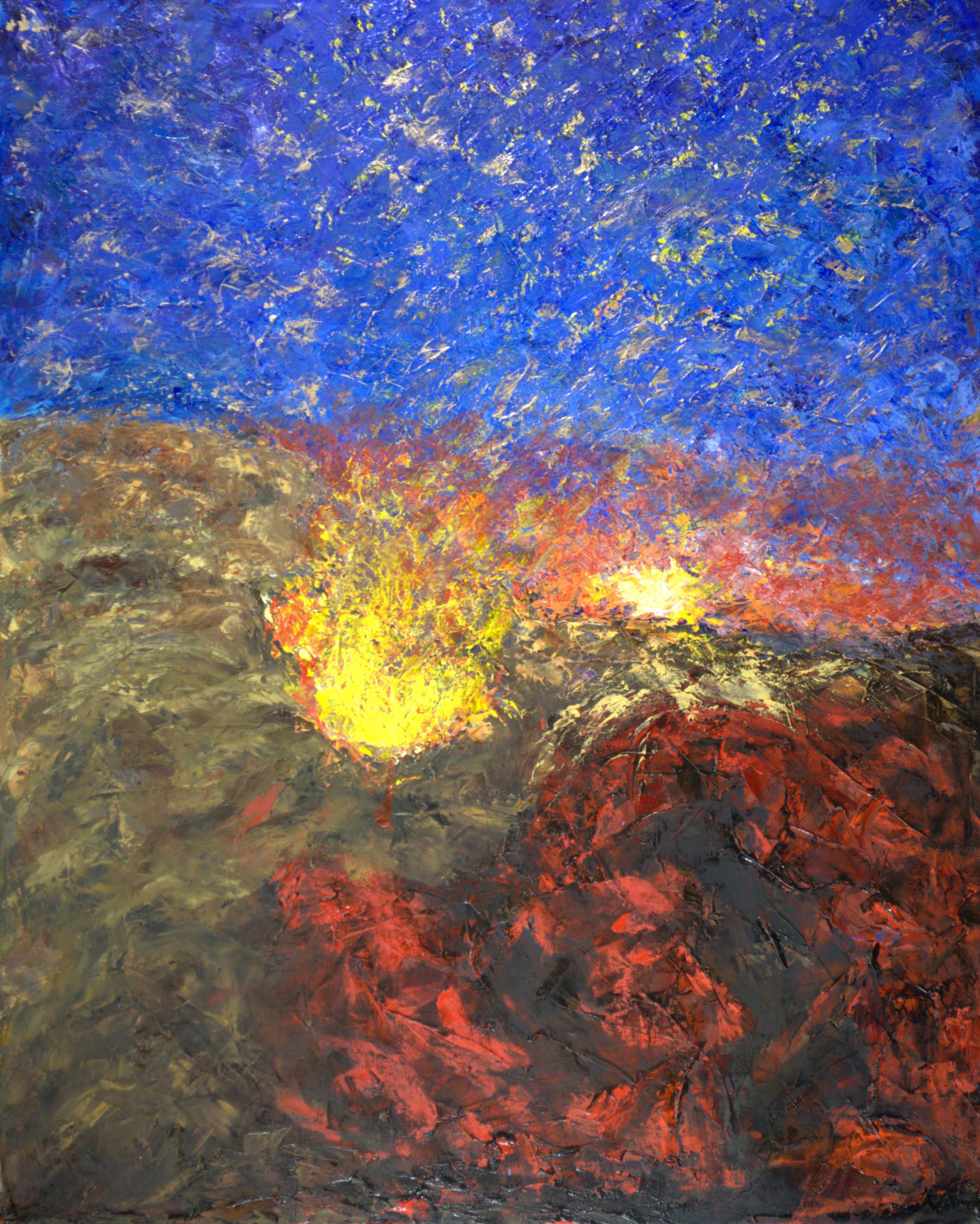 One thought on “A Lenten Homily”