This year, my kids learned that cystic fibrosis is fatal.  It had to happen sooner or later, but as a parent, there is something protective and pure about a small child’s naivete, even when you are starkly aware of their desperate situation.  Walking with your children through deep suffering is really, really hard. 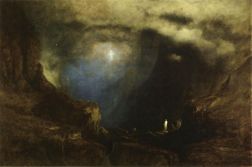 Watching their minds form unanswerable questions while their mouths voice statements generally reserved for adults — “I want to live a long life” or “What does it feel like to die?” — is very painful and, as a parent and a family, makes you feel completely powerless.

As my children have walked this journey of their own mortality, I have been struck to my core with the breadth and heaviness of suffering.  Brokenness, disease, pain and heartache are constant companions of human experience.  I sit at lunch with my kids’ friends at their schools, listening to stories of their lives and experiences, and I learn that pain has no preferences.  The demons of destruction and hurt find their way to all of us, even our most innocent.  And we really want to help.

For people like my family, help is a welcome and hard thing.  There is a profound humility required to receive while experiencing personal stories of  pain.  There is also a profound humility required to give to people in the midst of suffering.  It levels the playing field and reminds us that, in the deepest reality, we are all the same.  Here’s the thing about the brokenness and pain of disease though…it’s just so big.  The resources required for research, development, sustaining care, experimental trials, new and better hospitals, continuing education, equipment — the list goes on — is beyond the capacity of human mind to imagine.  Emotionally, those resources cannot be predicted.  Physically, those resources are exhaustive.  Monetarily, those resources cannot be quantified.

Corporations are where a lot of those monetary resources are, and corporations are generally pretty charity-conscious entities, trying to help meet these resource needs.  In the long run, it’s generally a drop in the bucket and, oftentime, essentially a way to bolster their public image.  But there are also corporations who genuinely help people who need help.  Some charities and charity events make sense and do a lot of good, like the Ronald McDonald House or Lowe’s support of The Cystic Fibrosis Foundation.  A few years ago, though, we experienced something that put the depth and breadth of disease, and the need for resources, in a new light for me.

The Pepsi Corporation ran an online competition among fatal diseases.  Pepsi chose ten life-shortening diseases and offered a large amount of money to the disease whose supporters could register the most votes on a website.  Cystic fibrosis was one of the conditions on the list.  My wife posted the competition on The Book of Face, which I reposted and then went to the site to check out and vote, vote, vote.

As I surveyed the list of diseases, my heart dropped.  Breast cancer.  You can’t compete with breast cancer.  There was no way cystic fibrosis could win against breast cancer.  That army of pink-ribboned crusaders is legit and they don’t mess around in their advocacy.  The numbers are also in their favor.  More than ten million Americans suffer from breast cancer, only about 30,000 Americans have cystic fibrosis.  If it was just diseases like diabetes, cystic fibrosis, sickle-cell anemia or childhood leukemia, then yeah, that’s a fair fight. But putting breast cancer in there, that’s like asking a PeeWee football team to play the New England Patriots.

The previous two paragraphs are so messed up it’s ridiculous.  Honestly…a competition between fatal diseases for help?  It’s a real-life version of the Hunger Games.  Thinking about this limited pile of resources that in reality, really is a drop in the bucket for any of us, working hard to get more votes than another person dying of a different disease than the one that touches you.  It is so screwed up.  Here I am writing about other little kids suffering from other horrible diseases, thinking about and begging God for my own kids’ lives, looking at this contribution from this large corporation as a key piece of what could extend my kids’ lives, needing to think about them first while other parents in other homes with other diseases are begging God for the exact same things and feeling terrible about themselves because they feel like they are begging God for their kids’ lives over mine.  And I don’t blame them.  Everything in me wanted to beat breast cancer, to proclaim to the world through this twisted process that my kids matter and their disease is a really slow and painful killer that doesn’t have the same immediate weight, drama or treatment that cancer has but that it’s just as bad because it has the same conclusion.  And then I feel terrible about myself because I’m caught in this tension and I do want people with breast cancer to receive the resources they need to get closer to a cure.  I know people who have suffered and died from breast cancer.  It’s terrible and I don’t want that for them.

But what’s a father to do?

And what am I supposed to tell my kids?

Why is my nine-year old asking me when she will die?

And what is the point in all this anyway?

How does a mother tell her kids she has breast cancer?

How does a kid with leukemia feel when someone snickers at her for her bald head?

Do kids with diabetes ever get used to the needles?

It’s just so much.  So very, very, very much.  Too much to comprehend and think about and feel.  Overwhelming and crushing.

I’m not going to resolve this post for you.  If you’re reading this, you’re probably a Christian and are expecting some consideration of the hope-filled dissonant harmony regarding God, evil, and the nature of suffering — all of which I believe.  But frankly, today, I’m just not there.

But on some level, we all lost.